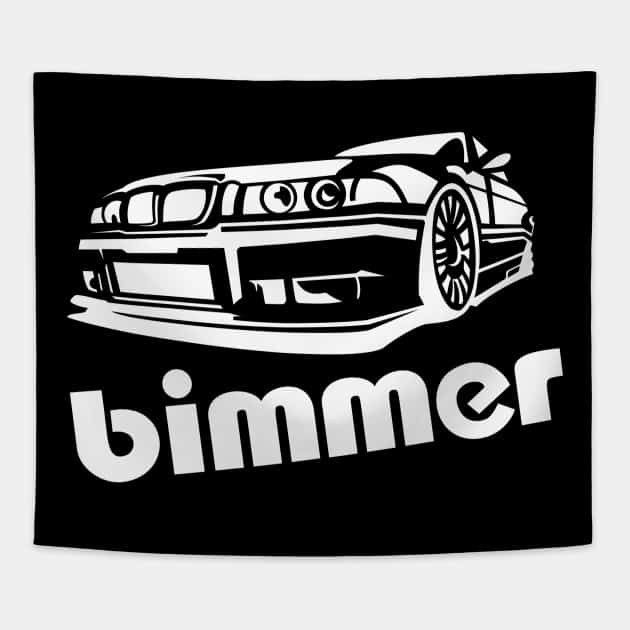 The nickname “bimmer” for BMW cars originated in the US. It was derived from “beemer” or “beamer,” names for BMW motorcycles that were first coined in the UK in the 1960s and later spread across the globe. A magazine for BMW fans and the newsletter of a BMW club from Boston, both bearing the title “Bimmer,” then appeared in the US in the 1970s.

Strictly speaking, it’s incorrect to talk about a “beamer car” (or “beemer car”). The correct term for a BMW automobile is “bimmer” – “beemer” and “beamer” actually only refer to a BMW motorcycle.
The origin of the nickname “beamer”cycle the ignition. If it finds it’s lacking data, or a hydraulic pump or valve isn’t responding, it illuminates the ABS warning light on the dash.

The nickname “Beamer” comes from Great Britain – and originally served to distinguish it from a British manufacturer* whose motorcycles bore the nickname “Beezer”.

Over the years, riders and motorsports fans coined the nickname “beemer” for BMW motorbikes, by analogy to “beezer.” “Beemer” is a lot snappier and generally easier to say than BMW, especially as it cuts out the difficult long W sound at the end.

The name “beemer” quickly gained popularity in English-speaking countries as a nickname for BMW motorbikes. Over time, the alternative spelling “beamer” emerged – its resemblance to the word “beam” is believed to be coincidental. Incidentally, no separate nickname has ever been spawned in BMW’s German homeland, perhaps because the name BMW trips off the tongue much more easily in German.

How beemer gave rise to bimmer

The nickname “bimmer” originated in the 1970s. At the time, BMW automobiles were enjoying something of a boom in popularity in the US. Americans had initially called BMW cars “beamers,” like the motorcycles – with the exception of the Boston Chapter BMW club, whose newsletter has been called “Bimmer” since the 1970s. In the meantime, and entirely independently of the Boston Chapter, an identically titled magazine for BMW fans hit the shelves in the US, and “bimmer” won out as the preferred nickname for BMW cars (as opposed to “beamer” or “beemer” for motorcycles). The name has now been embraced by car fans around the world, even in Germany.