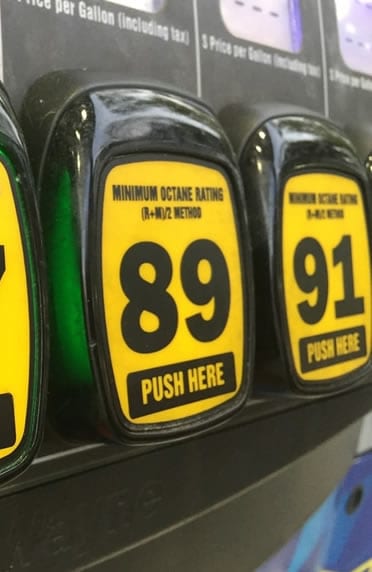 You Are What You Eat

The Proverbial Saying ‘You Are What You Eat’
Is The Notion That To Be Fit And Healthy You Need To Eat Good Food.

Whether or not you accept that saying as truth, when it comes to what you put in your gas tank, can have positive or negative consequences to the internals of your BMW’s engine.

In the late 1980’s,  as more advanced engine technology became widely used in new cars, the fuel injectors, for example, often became clogged, and the problem was found to be inadequate levels of detergent additives in most gasoline.

To make a long story short, the U.S. Environmental Protection Agency (EPA) introduced minimum gasoline detergent standard in 1995. However, the new regulations required lower levels of detergent additives than were then being used!

Jump forward to 2004  and representatives of BMW, and other major auto makers, got together to specify what makes a good fuel. After considerable research and testing they established a proprietary standard for a class of gasoline called “TOP TIER” Detergent Gasoline.

You can read volumes on the subject by Googling that phrase, but suffice it to say, “Every Picture Tells A Story”. 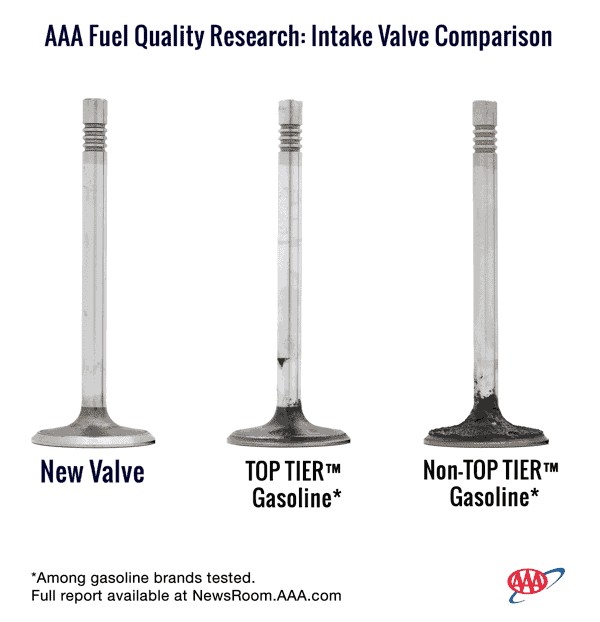 Fuels engineer Andrew Buczynsky claims that no one has identified the exact molecule in gasoline that causes engine buildup, he asserts that consistent use of Top Tier Detergent Gasoline will keep engines cleaner.[4] Engine gunk typically builds up in fuel injectors and on intake valves, and if severe can result in reduced fuel efficiency, acceleration, and power. Left unchecked, engine gunk can also contribute to increased emissions, rough idling, and tendency to stall, and can therefore increase required motor repairs.

The additive package in Top Tier gas is more effective than the minimum standards for additives required by the government. … Typically, high-performance cars require premium, because their engines have higher compression ratios, while other cars can run just fine on lower octane gas.